Posted on March 18, 2019 by dmorse
Dr. Zerba on TransitionDownload
Posted in Uncategorized | Leave a comment

Join members in a panel discussion of Captain Marvel

George Makari has written nothing less than a history of the modern mind. (Paul Auster)

The best informed history of psychoanalysis. Freud’s context is more fully elaborated by Makari than ever before. (Harold Bloom)

An excellent, fascinating, and definitive history of psychoanalysis up to 1945. A tour de force. (Murray Gell Mann) 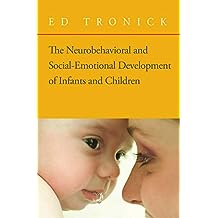 The neurobehavioral and social-emotional development of infants and children by Edward Tronick. RJ486.5.T76 2007

The origins of attachment: infant research and adult treatment by Beatrice Beebe. RJ507.A77 B433 2014

Imagination and medicine: the future of healing in an age of neuroscience. by Stephen Aizenstat BF161.A59 2009

Psychotherapy for better or worse: the problem of negative effects by Hans H. Strupp. RC480.5.S77

Our Dysfunctional Nation: Pain and Despair or Tenderness and Empowerment

On June 19, 2018 Cleveland Psychoanalytic Center voted unanimously to pass a resolution to condemn the practice of our government to forcibly separate children from their parents. Also, our Center formed a Social Responsiveness Committee to address the issue of government’s child abuse and human rights violation when they forcibly separate children from their parents or families and or lie or distort the facts in the press.

Dr. Justine Kalas Reeves, speaking on behalf of child therapists members of the Association for Child Psychoanalysis about forcibly separating children from their parents, wrote: “The quickest way to hurt a child is to separate him or her from caretaking parents (Bowlby, 1969, 1973, 1980; Freud, A., 1941; Rutter, 2002).  Our country’s child protection laws protect this basic human right of children and parents to stay together unless there is evidence of harm in the parent-child relationship.  Likewise, most religions also consider the parent-child relationship sacrosanct.  Slavery, mandatory boarding schools for native Americans or internment of the Japanese[1]forced separations of children and parents and in so doing dehumanized these groups.

Parents are severely harmed by this as well, as in the father so devastated by separation from his child and wife he took his life.[2]   The border patrol who wondered why Marco Antonio Muñoz, 39, would commit suicide and never see his family again failed to recognize that children and parents alike suffer profound psychological and physiological separation distress that can be fatal.  The image of the two-year old Honduran girl in the red top crying as her mother is searched in McAllen, Texas has brought tears to the world’s eyes[3].  The inconsolable two-year old described at a facility where they are not allowed to touch the child[4]is evidence of toxic trauma wrought by these forced separations (Freud, A., 1972).

Spitz showed that children who are not touched can die (1951).  We are not like machines that just need any old electrical outlet to run; we are highly programmed to be in close physical contact with caregiving figures, and the food, ministrations, cleaning, clothing and comfort provided by those caregiving parents go together with this caring figure.   An infant who loses his or her mother but gets formula and clothes is nonetheless a starving infant. Though older children with speech and the ability to hold in mind that they will see said parent again can survive separations, they too will suffer profoundly if they are given no information as to when next they will see a parent.  Older children and adolescents are still highly psychologically dependent on parents for their physical and mental well-being. By law, the first eighteen years of a child’s life are protected from forced separations from parents in this country.  It is imperative that infants, toddlers, school-aged children, including adolescents, and their parents have this most basic human right inviolate to effectively protect physical and psychological health.

Other therapists added their voices and images, like Phillip Hirshenfeld’s photos.

Children cannot wait for changes in legislation. Separating children from parents, parents from children, and compelling government workers to do it has to stop now.

From research on the transgenerational transfer of trauma, it is clear, such governmental practices will leave a permanent mark on this generation and future generations not just of immigrants and their children, nor just workers and their children, but may influence all of the children who will respond with terror to the news, see or hear of their parents’ explicit or hidden responses. Lenore Terr studied in 1977 the impact of child abduction on children, their families, and the community when 26 children were abducted in California. Studies of the Chowchilla children published in her book Too Scared to Cry showed that the impact of trauma is very broad and may affect even those who were just hearing the story of abduction.

Gabriele Schwab wrote in Haunting Legacies: Violent Histories and Transgenerational Trauma of the haunting legacy of trauma of children of perpetrators. She explored trouble with idealization of politics, of government, and of family members and not facing the reality of loss of faith in their capacity for compassion and respect for rights of others. She described how having a perpetrator in the family or belonging to a nation perpetrating violations of human rights affects identity formation derived from guilt, shame and mortification. Shame and mortification leads to hiding. The identity formation that allows continuous lies and secrets due to inability to save face, leads to hiding for generations. The question which one of us or which group of us are despicable, who are “good” people and who are evil is present in our daily life on the streets, at the borders of our country and in our families. The particular forms in troubled identity formation described by Dr. Schwab have to do with emotional conflicts over ethnic, cultural or national interpellations. We are in the middle of a crisis of anti-black, anti-Muslim or anti-immigrant feelings, just to name a few. She brings forth Althusser’s definition of interpellation as the lumping together of subjects into specific cultural, political or legal positions. In other words there is no such thing as different race; all human beings are Homo Sapiens. However, if we walk down the street and hear the policeman say, “Hey, stop immediately!” or we see a police car behind us with lights flashing we feel interpellated in the same way as a criminal would even if we have never committed a crime, if we are not black, Muslim or an immigrant.

President Trump signed the order to stop policies to separate children from parents, but did not comment on how 2500 children will be reunited with their families and how our government will begin reparations and/or stop inhumane immigration policies. For all our children there is no time, it has to happen now. Adults have to do the work in a short foreseeable future.

[1]Washington Post, May 31, 2018: ” ‘Barbaric’: America’s cruel history of separating children from their parents,” by DeNeen Brown.

[2]Washington Post, June 9, 2018: “A Famly was separated at the border, and this distraught father took his own life” by Nick Miroff.

[4]Washington Post, June 16, 2018: “ ‘America is better than this’: what a doctor saw in a Texas shelter for migrant children,” by Kristine Phillips.

To Our Members and Colleagues

The Association for Child Psychoanalysis offered this text to send by email, FAX, or phone message to your congressman and senator.

Please feel free to copy and change it as needed.

Use Find My Representative or How To Contact Your Elected Officials to obtain your representative’s name and contact information.

Here is the suggested text:

I am contacting you to express my deep concern and outrage about the current administration’s new policy of forcefully separating young children from their parents at our Southern border. Tearing children from the arms of their parents and sending them to unknown locations is a form of child abuse and torture. It is also cruel and abusive to the parents who are often looking to get out of poverty or for an asylum to save their lives and the lives of their children.

As a child and adolescent psychologist, social worker, or psychiatrist (state your particular discipline) and (psychoanalyst when applicable) with over XX years of experience treating youngsters and their families and teaching child development and child psychotherapy I and my colleagues know that this type of separation causes children shock and unbearable fear, with anguish and depression for the rest of their lives. It has a similar effect on the workers who separate children from their parents or take care of them as caretakers and it is called in adulthood  “burn out syndrome.”

Child development research on attachment and loss (see for example John Bowlby 1973) has conclusively demonstrated that young children who were separated from their parents abruptly for even a few days, or weeks suffer from lifelong post-traumatic stress disorder. Having been traumatized they often struggle with chronic anxiety, depression, night terrors, and bed wetting. They develop significant difficulties concentrating, playing, learning, and forming trusting relationships with others. Feeling deeply betrayed and abandoned they may harden and over time become antisocial as a result.

I strongly urge you to do whatever is in your power to end this immoral policy that is destroying the lives of innocent parents and their children.

A recent post on PsychologyToday.com entitled “Revisiting Child Psychoanalysis,” asks the question, “Why are young children in therapy without their parents?” The author, Claudia Gold, MD, a child analyst, was prompted to write the article after attending a presentation and panel discussion at the 2018 APsaA convention. This particular program, “The Name of the Piggle,” was organized by CPC faculty member Dr. Vera Camden, and was a reconsideration of D.W. Winnicott’s famous case study on the analysis of a little girl nicknamed “The Piggle.”

The program, a presentation by Deborah Luepnitz with a response by Justine Reeves, included past interviews with the grown up Piggle, whose real name is Gabrielle. Having read “The Piggle” Dr. Gold knew that Gabrielle’s mother did not accompany her to sessions with Dr. Winnicott, so she inquired of the presenters, why not? This led to a debate about the advisability of parental involvement in child analysis. In the article Dr. Gold presents a case of her own that illustrates the utility of treating the parent and child together, and in the following quote from the article she summarizes some of the supporting research.

But contemporary developmental science offers abundant evidence of the value of treating parent and child together. Arietta Slade’s compelling work illuminates the role of facilitating parental reflective functioning as I describe in my book, Keeping Your Child in Mind. Ed Tronick’s mutual regulation model, which he developed out of decades of observational research with infants and parents, shows us that healing and growth occur by repairing the countless moment-to-moment mismatches in the relationship between child and caregiver.

Dr. Gold concludes that Winnicott saw Gabrielle alone because that is how adult psychoanalysis is conducted, and at that time, practitioners were concerned that child analysis be considered true analysis.